A few months ago I completed a course on Teaching Writing on Cambridge English Community and I remember the plenty of activities that were offered as samples for better Teaching Writing classes.

One of them was about Free Writing and Creativity and I found it of great relevance for those students who really feel at ease when they must put their ideas into words.

Later on, in my class I tried to adapt my writing activities to my students’ needs and preferences. This is a good way to get students engaged and I thought that if I focused on their interests my task would be even easier. And it really was.

High school students love to be the center of attention: they find it interesting to share their opinion and they always have something to add and say! So it was quite interesting to see them debating on topics they were never asked to write about before.

Writing about a hero was a hard task, lots of them almost missed the deadline and delivered the essay the very last day! They admitted that it was quite difficult to choose a person and to describe him/her as their hero, they have never had to think about a hero before, but they really liked the idea nonetheless.

I was surprised to discover that their heroes were not the movie stars or music singers. They described their parents or grandparents, uncles or neighbours, people they met in supermarkets or at the library ant in the end became friends with.

This activity was better that the typical one “write about your favourite singer or actor/actress”. They were challenged and they had to think more on their heroes.

I have to admit that perhaps this activity is not a 100% free writing practice but at least my students felt free to choose their heroes, they had to select adjectives and grammar in order to describe them and they worked not only grammar, but also language accuracy, punctuation and spelling.

Writing for fun, creating characters and heroes, changing plots and destinies, this is the greatest advantage we have as writers: we can play with our plot and our characters, we can even manipulate them or simply give them another chance.

Imagine how engaging is to re-create stories: think about Romeo and Juliet, Titanic or even Red Riding Hood. 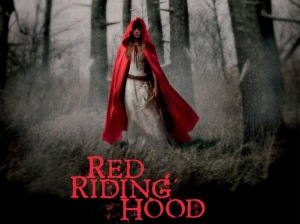 These are simple examples and already well-known, so why not asking our students and pupils to change something about them?

Perhaps the two lovers decide to elope, Titanic crew and more passengers would be saved, the little girl has never met the wolf: what will happen to all these stories? Would the characters remain the same?

Just give them a try and ask your students to imagine a better end for these stories or even to change them. The result will be AMAZING and REWARDING!

created by Feel English is licensed under a Creative Commons Reconocimiento-NoComercial-SinObraDerivada 4.0 Internacional License.